Teri Takai is the Department of Defense Chief Information Officer (DoD CIO). She serves as the principal advisor to the Secretary of Defense for Information Management/Information Technology and Information Assurance as well as non-intelligence Space systems, critical satellite communications, navigation, and timing programs, spectrum and telecommunications. She provides strategy, leadership, and guidance to create a unified information management and technology vision for the Department and to ensure the delivery of information technology based capabilities required to support the broad set of Department missions.
Ms. Takai previously served as Chief Information Officer for the State of California. As a member of the Governor's cabinet, she advised the governor on the strategic management and direction of information technology resources as the state worked to modernize and transform the way California does business with its citizens.
As California’s CIO, Ms. Takai led more than 130 CIOs and 10,000 IT employees spread across the state’s different agencies, departments, boards, commissions and offices. During her tenure as State CIO, Teri pursued an agenda that supports viewing California’s IT operations from an enterprise perspective, including: Forming a Project Management and Policy Office, release of the California Information Technology Strategic Plan, passage of the Governor’s IT Reorganization Proposal, establishing a Capital Planning Process and directing agency consolidation activities.
Prior to her appointment in California, Ms. Takai served as Director of the Michigan Department of Information Technology (MDIT) since 2003, where she also served as the state's Chief Information Officer. In this position, she restructured and consolidated Michigan's resources by merging the state's information technology into one centralized department to service 19 agencies. Additionally, during her tenure at the MDIT, Ms. Takai led the state to being ranked number one four years in a row in digital government by the Center for Digital Government. Additionally, in 2005, Ms. Takai was named "Public Official of the Year" by Governing magazine. She is also Past-President of the National Association of State Chief Information Officers and currently serves on the Harvard Policy Group on Network-Enabled Services and Government.
Before serving in state government, Ms. Takai worked for the Ford Motor Company for 30 years, where she led the development of the company's information technology strategic plan. She also held positions in technology at EDS and Federal-Mogul Corporation. Ms. Takai earned a Master of Arts degree in management and a Bachelor of Arts degree in mathematics from the University of Michigan. 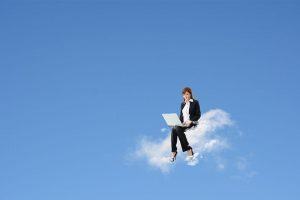 Transforming Traditional IT Into Cloud IT

With Cloud computing bringing disruptive and progressive approaches to business transformation, it would seem naïve to think we could adapt Cloud to...