Steve Rubinow is Executive Vice President and Chief Information Officer, NYSE Euronext. He is responsible for most technology endeavors at the company.

Prior to joining NYSE Euronext, Mr. Rubinow was Chief Technology Officer of Archipelago Holdings, Inc, prior to its merger with the NYSE in 2006. He was Chief Technology Officer since July 2001 and was responsible for Archipelago's software development, database development, quality assurance, operations, and client connectivity areas, whose staff is located in Chicago, New York, Orlando and San Francisco.

Prior to Archipelago, Mr. Rubinow worked in Silicon Valley as Senior Vice President and Chief Information/Technology Officer at NextCard, Inc., a leading Internet provider of consumer credit that had a successful IPO in 1999. He was responsible for all aspects of technology including software and database engineering, operations, architecture and quality assurance. Prior to joining NextCard, he was the Chief Information Officer at another successful start-up, AdKnowledge, Inc. which was acquired by CMGI in 2001.

Mr. Rubinow was Vice President, Corporate Management Information Systems at Fidelity Investments where he developed an Information Architecture to integrate the information housed in a vast array of software and hardware technologies across Fidelity’s 40+ divisions. He also developed critical systems for use in the core mutual fund investment area and evaluated new companies as potential candidates for investment by Fidelity Ventures. He served on the adjunct faculty in Computer Science at DePaul University from 1986-1994, where he taught undergraduate and graduate classes in database technology and analytic systems. 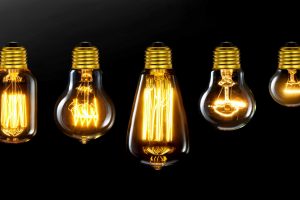 What Would it Take For “Collective Intelligence” to Become a Reality?

Always Up IT: Beyond SLAs

Many organizations require virtually 100% uptime. This means more than just implementing internal or vendor SLA’s. How exactly do you train people and...