As former CTO of Sears Holdings, Dr. Phil Shelley has several years experience in helping move a large iconic brand into a near real-time model where digital engagement with customers has become the norm. Like many companies, Sears IT landscape was fragmented, duplicative, heavy use of ETL and batch-oriented. Moving the people, process and systems to align with faster delivery of services, solutions and collapsing systems into single points of truth was a major focus of the CTO role. The use of Open-Source and Big Data technologies was a major enabler for the transformation, along with re-alignment of teams, new skills and data governance. The establishment of an enterprise data architecture was critical and is pivotal to successful Big Data initiatives.Phil has led IT Operations for one of the largest retailers in the world, including Data Centers, Data Warehousing, Data Integration, Enterprise Architecture and System Engineering. Phil led his organization through major changes in retail, such as realtime omni-channel system architecture, design, implementation and operations, including single view of customer, basket, inventory and loyalty systems.

Sears enjoyed significant recognition for the innovations in these areas, with many articles using Sears as an example (http://consultnpp.com). In addition to the CTO role, in 2012 Phil was appointed CEO of a Sears startup in Big Data technologies. In 2013, Phil left Sears to form Datametica a Big Data solutions and advisory firm, helping companies design and implement Big Data initiatives. Phil and his team use their significant experience to speed Analytics and Big Data efforts in client companies. Datametica (http://datametica.com/), recently awarded a global top 20 Big Data company status, is an offshore Big Data company offering development, data migration and operational support for companies with Big data needs.

Dr. Shelley has a PhD in bio-medical engineering, having worked in the UK, Germany and USA; he has led Research and Development, Quality and IT organizations and held positions in various technical and business leadership roles including CEO, CIO and Chief Technology Officer. Phil has directed IT Operations and focused on innovation, Big Data, Cloud computing and the modernization of IT. Phil has led the innovative migration of batch workload off mainframes to Hadoop, large-scale private open-source cloud computing, Hadoop for Big Data, BI and infrastructure modernization.

In addition to co-leading the Datametica business, Phil is an industry expert speaker on Big Data, noSQL and advanced analytics. 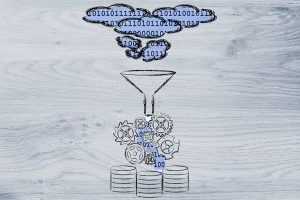 With Big Data riding through the hype cycle for a bit, there are passionate advocates, skeptics, and naysayers. Big Data was introduced with a promise to...

Big Data has exploded as a field, and with it will come a massive flux of new openings within IT organizations. Half the battle is finding the right talent...