An acclaimed business writer and speaker, Nick is the author of Does IT Matter? Information Technology and the Corrosion of Competitive Advantage, published in 2004 by the Harvard Business School Press. The book expands on the themes in Nick's celebrated 2003 Harvard Business Review article “IT Doesn't Matter,” which sparked a worldwide debate on the role of computers in business. Nick's ideas have been featured in articles in the New York Times, The Economist, Newsweek, Business Week, Fortune, Forbes, and CIO, among many other publications. He was recently named one of “10 people to watch in 2004” by American Airlines' American Way magazine. Nick has held top editorial positions at the Harvard Business Review, including executive editor and he is currently a contributing editor at Strategy & Business, where he writes a column on innovation. Nick has also written for the Financial Times, New York Times, MIT Sloan Management Review, Journal of Business Strategy, Wired, Boston Globe, and Business 2.0 and was a columnist for the Industry Standard for more than a year. Nick has spoken on information technology and business strategy at Harvard, MIT, Wharton, and the University of Sidney as well as at many industry, corporate, and professional events throughout Europe, Asia, and the Americas. He has also appeared as a business commentator on CNN, CNBC, CNBC Asia, Tech TV, and CNET. 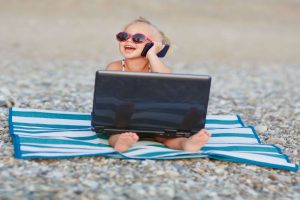 While we are all riding the technology wave, have we ever stopped and considered the possibility of overestimating what technology can do for us? Playing...