Prof. Sawhney is a globally recognized scholar, teacher, consultant and speaker in innovation, strategic marketing and new media. His research and teaching currently focuses on marketing in a digital world, engagement marketing, collaborative marketing, distributed innovation, connected innovation and mediated innovation. He has pioneered concepts like e-Hubs, community-centric innovation, innomediation, metamarkets, business synchronization, collaborative marketing and network-centric innovation.
Prof. Sawhney has written five books as well as dozens of influential articles in leading academic journals and managerial publications. His most recent books are Collaborating with Customers to Create (2008) and The Global Brain: your Roadmap for Innovating Smarter and Faster in the Networked World (2007). His research has been published in leading journals like California Management Review, Harvard Business Review, Journal of Interactive Marketing, Management Science, Marketing Science, MIT Sloan Management Review, and Journal of the Academy of Marketing Science. He has also written several influential trade articles in publications like the Financial Times, CIO Magazine, and Business 2.0. He has won several awards for his teaching and research, including the 2006 Sidney Levy Award for Teaching Excellence at the Kellogg School, the 2005 runner-up for Best Paper in Journal of Interactive Marketing, the 2001 Accenture Award for the best paper published in California Management Review in 2000 and the Outstanding Professor of the Year at Kellogg in 1998. He has been nominated for the Outstanding Professor of the Year at Kellogg in 2008 and 2009. In 2011, he received the Distinguished Alumnus Award from the Indian Institute of Management, Calcutta.
Prof. Sawhney advises and speaks to Global 2000 firms and governments worldwide. His speaking and consulting clients include Accenture, Adobe Systems, AT&T, Boeing, Cisco Systems, Dell, DuPont, Ericsson, Fidelity Investments, GE, General Mills, Goldman Sachs, HCL Technologies, Honeywell, IBM Consulting Services, Infosys, Johnson & Johnson, Kellogg Company, Kraft Foods, McDonald’s, Microsoft, Motorola, MTV Networks, Nissan Motor, Raytheon Missile Systems, SAP, Sony and Teradata. He serves on the boards and advisory boards of several technology companies, including Bahwan Cybertek, EXLService, Firescope and vMock. 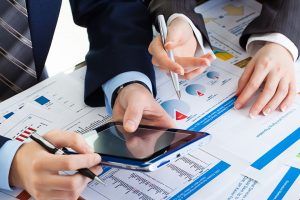 The Shared CIO and CMO Agenda

IT and Marketing are being brought together based on technology, but if these two departments want to produce value at the appropriate speed at which each can...