Jon Gant is a professor at the Graduate School of Library and Information Science at the University of Illinois at Urbana-Champaign where he serves as the Director of the Center for Digital Inclusion (CDI). Gant is a national leader in the areas of digital inclusion and broadband adoption. In the past two years, he has published groundbreaking research in the areas of Internet access and use, including co-authoring the first report to examine broadband adoption among minority communities. Gant recently served as a Director of Urbana-Champaign Big Broadband (UC2B), a $30-million dollar project dedicated to building one of the fastest broadband networks in the country. Jon was appointed to the UC2B board in October 2013. Gant is also an expert in evaluating the social and economic impact of broadband Internet and other ICT investments. He serves as a consultant with ASR Analytics as a research director and member of the academic advisory board for the evaluation of the Department of Commerce, NTIA $4.7 billion Broadband Technology Opportunity Program (BTOP).

Under Gant's direction, CDI is helping to incubate new applications that will run on ultra-high speed broadband networks. In 2012, Gant received a grant from the Institute of Museum and Library Services (IMLS) to provide continuing education to library leaders about the ways in which libraries can participate in building the next generation of the Internet. Researchers at CDI are also working on other digital literacy projects funded by the State of Illinois, Partnership for a Connected Illinois, the American Library Association, and IMLS. CDI is one of three research centers at the Graduate School of Library and Information Science, which is the top ranked school in the US.

In addition to his work on digital inclusion and broadband adoption, Jon is an expert in e-government, geo-spatial information systems, strategic planning and information systems. His research has been funded by the Institute of Museum and Library Services, the Organization for Economic Coordination and Development, the International Telecommunication Union, and the National Science Foundation, among others. Gant received his M.S. and Ph.D. degrees from the Heinz School at Carnegie Mellon University, where he studied public policy and information management. 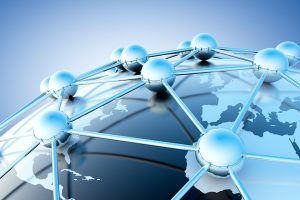 Over five billion people, nearly two thirds of the world’s population, are without Internet access. Attempts to bridge the gap of this Digital Divide have...