John Wittig is the Chief Commercial Officer, Southern Glazer’s Wine & Spirits. Southern Glazer’s Wine & Spirits is the world’s pre-eminent distributor of beverage alcohol, and proud to be a multi-generational, family-owned company. As Chief Commercial Officer, Wittig leads the Company’s geographic regions to drive internal Commercial capabilities and route-to-market excellence. Prior to this role, Wittig served as Chief Transformation Officer, in which he led Southern Glazer’s Transformation team since mid-2018. Wittig has a long history of leadership with the Company, including serving as Southern Glazer’s President of East Region, and Executive Vice President, General Manager of Florida. In 2014, Wittig was appointed Executive Vice President, General Manager of Southern Wine & Spirits (Southern) of Florida, and prior to that, in 2011, Wittig was named Executive Vice President, General Manager of Southern’s South Florida division. Wittig also served as the Executive Vice President, General Manager of Southern’s Nevada division, managing the day-to-day operations of the Nevada division for four years. Before joining Southern Glazers Wine & Spirits, Wittig held various sales management positions in his 33 years in the beverage alcohol industry, including 16 years spent at Seagram America’s. There, he worked in the company’s corporate management program, which required various cross-functional roles and a period in their global management program. Wittig is also very active in several charitable and community activities, much of which is driven by his work with the VolunCheers organization at Southern Glazer’s. In addition, he has played a key role in mentoring and coaching candidates in the Southern Glazer’s Emerging Leaders program since its inception. Wittig earned a Bachelor’s Degree in Education from Pfeiffer University, Charlotte, North Carolina. In his time away from work, he enjoys spending time with his family, three German Shepherds, and an occasional round of golf. 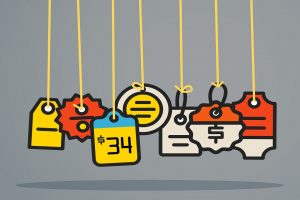 Paving the Path to Purchase with Digital Experiences

Covid-19 forced B2B companies to suspend the face to face marketing and sales models. What are the digital alternatives to the traditional models, and are...