John Patrick is President of Attitude LLC and former vice president of Internet technology at IBM, where he worked for thirty-five years. During his IBM career John helped start IBM's leasing business at IBM Credit Corporation, and was senior marketing executive for the launch of the IBM ThinkPad brand. Starting in the early 1990s, John dedicated his time to fostering Internet technologies.

One of the leading Internet visionaries, John is quoted frequently in the global media and speaks at dozens of conferences around the world. Business 2.0 named him as one of the industry's most intriguing minds, Industry Week named him one of the top 30 people who drive innovation and provide the initial spark to economic growth, and Network World called him one of the 25 most powerful people in networking.

John was a founding member of the World Wide Web Consortium at MIT in 1994, a founding member and now the chairman of the Global Internet Project. He is a member of the board of directors of Jupiter media and Novel Corporation and has been an advisor to Interlinks, Neoteny, Space.com, and ThirdAge Media. He is also president of The Ridgefield Symphony Orchestra Foundation. His book, Net Attitude, was released in November 2001. 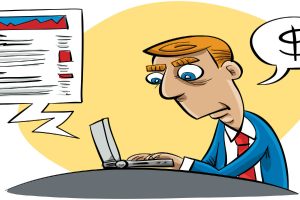 Earlier Instant Messaging (IM) had a stigma attached to it that it is for fun only. Now it has become part of enterprise communication. Blogging is facing the...

The Future of Internet

Internet changed the way we live our lives and do business. What advancements in technology, leveraging internet, can we expect that would further help...