Gopal Khanna was appointed Minnesota's first State CIO by Governor Tim Pawlenty on August 15, 2005, and unanimously confirmed by the State Senate on March 20, 2006. Gopal was appointed to a second term by Governor Pawlenty effective January 2, 2007, and, again, unanimously confirmed by the State Senate January 17, 2007. Minnesota's Executive Branch spends an estimated $600 million per year on information technology through 66 different agencies with 2400 staff and 1000 networks, and operates over 500 websites. Gopal is currently president of the National Association of State CIOs (NASCIO). Prior to assuming his position with the State of Minnesota, Gopal served in the administration of President George W. Bush in Washington, D.C., from June 2002 through August 2005, and is credited with leading major reforms in the federal government. As the CIO and CFO of the U.S. Peace Corps, he was responsible for the successful implementation of a standardized computing platform for the Peace Corps' 72 posts worldwide; design and implementation of an enterprise architecture program that serves as the framework for the agency's systems modernization strategy; and transformation of financial management systems that resulted in the issuance of the first set of audited financial statements in the agency's 43-year history. Prior to his leadership role in government, Gopal was in the private sector where he held several corporate senior leadership positions. He has a broad-based management background which includes experience in information technology, finance, operations, strategic planning, business development, and consulting. From 1996 to 2002, Gopal was president and CEO of International Technology Consultants, Inc. From 1990 to 1996, he was with the American Hardware Insurance Group, a Minneapolis-based property and casualty insurance group, where he held several positions including vice president of operations, vice president of systems, and vice president of information technology and administration. From 1981 to 1990, he was with the National Council on Compensation Insurance in Boca Raton, Florida, where he held several positions including director of operations and director of strategic planning. Prior to that, Gopal lived in New York where he held positions in marketing, sales management, merchandising, and corporate training and development with the MONY Financial Services Group. Gopal has a long history of civic and charitable involvement. He has served on several professional and community boards and is currently a member of the board of trustees of the Hindu Society of Minnesota. 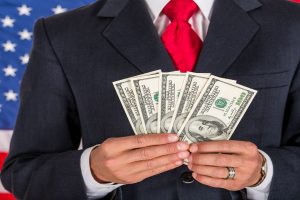 The business success stories of the corporate world are famous for continuously and aggressively seeking out ways to reduce costs and maximize profitability... 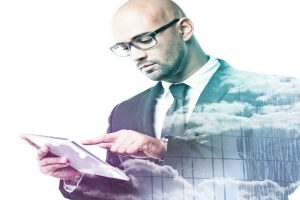 IT Modernization: Why now? And how?

While most organizations have cut their IT budgets to the bone, IT Modernization is been suggested as a way to optimize value while reducing risk and cost. How...