Frank B. Modruson, CIO of Accenture, leads a high-performance global IT organization that directly supports the business goals of a $27.9 billion company. He oversees all business applications and technology infrastructure, enabling more than 266,000 employees to serve clients in more than 120 countries and work anytime, anywhere. Frank has transformed IT into a strategic asset for Accenture. Under his leadership, the IT organization has produced an unparalleled ability to run IT as a business, implemented a comprehensive governance model, streamlined the technology infrastructure and much more. Formerly serving as a client partner, he delivered large, complex IT transformation projects and business solutions that maximized ROI.
In 2013, 2012, 2010, 2008 and 2007, CIO Magazine selected Accenture as one of 100 innovative organizations that use IT effectively to create business value. InformationWeek recognized Accenture’s IT organization five times (2012, 2010, 2009, 2008 and 2007) and the company was named to the InfoWorld 100 list for four consecutive years (2009, 2008, 2007 and 2006). Frank was elected to the CIO Hall of Fame in 2010, named to InfoWorld’s Top 25 CTOs and Computerworld's Premier 100.
Frank is a volunteer firefighter, serves on the Board of Directors for the Lyric Opera of Chicago and is a member of The Economic Club of Chicago. He is also a director on the board of Taleris, a joint venture of GE Aviation and Accenture, which provides intelligent operations services for airlines and cargo carriers. At The Pennsylvania State University, from which he holds a master’s degree in computer science, he helped establish the College of Information Sciences and Technology. Frank also holds a bachelor’s degree in computer science from Dickinson College. He lives with his wife and four children in the Chicago area.

Technology has enabled exponentially larger percentages of workers within organizations to telecommute from home and from abroad, and many companies have seen... 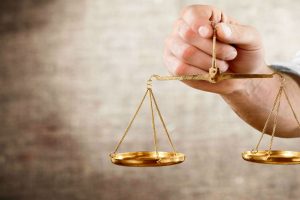 IT Innovation: The Inspiration/Perspiration Balance

Innovation is the mainstay of sustainable competitive advantage and success in today’s fast-changing world of business. However can creativity in IT...