Fawn Germer is the bestselling author and international leadership speaker who will reach inside of you and pull out your best self by showing you how to get beyond the self-limiting behaviors that hold so many of us back. She once had a boss tell her that she’d never be more than she was at the time -- a reporter -- and she sure showed him. Fawn is a four-time, Pulitzer-nominated investigative journalist and the author of seven books including the Oprah pick Hard Won Wisdom.
Fawn interviewed more than 300 of the most accomplished women leaders of our times, including everyone from Hillary Clinton to Yahoo CEO Marissa Mayer. She has talked to Olympic athletes, CEOs, prime ministers, presidents, Academy Award winners and many other trailblazers who shared with her the secrets of true success.
From them, she learned that success is born in risk, and power comes from the self-awareness that disables doubt and self-esteem issues.
Her first book was rejected by every major publisher in the United States, but Fawn persevered until it was a bestseller. She wrote 29 letters to Oprah and something broke through, with Oprah holding up Hard Won Wisdom and telling the world how “Very inspiring” Fawn’s work was.
Her most recent book, Pearls, brings together the best of the best. The deluxe gift volume includes quotes from her first three books and was a bestseller within two days of its release.
She travels the globe with her message of viability, performance and power. In recent months, she keynoted for Cisco, Pfizer, Deloitte, Kimberly Clark, Xerox, Bayer, AIG, the Network of Executive Women, Harvard, the UCLA Anderson School of Business, the Wharton School of Business and many others. 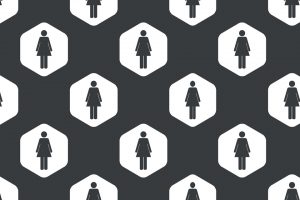 How to Get More Women in IT

We want to be able to promote gender equality within IT just as the world has done so within other industries. Numbers suggest that fewer women entering into...