Earl Newsome currently serves as VP and CIO for Praxair, a global industrial gases company with more than 26,000 employees in more than 50 countries and a 2017 revenue of $11.4 billion. In his current role, which he has held since 2016, Earl provides the vision for developing and implementing IT initiatives and digital transformation at the company, which entails leading an IT organization with more than 500 global staff, as well as managing a budget that exceeds $100 million and more than $40 million in capital. He also serves on policymaking committees and participates in overall business planning to bring the IT perspective to maintain Praxair’s competitive position. Prior to joining Praxair, Earl served as Corporate CIO and Vice President, Digital, at technology company TE Connectivity (NYSE: TEL) from 2014 to 2016. In this role, he built a world-class international IT organization that accelerated each business-to-business unit’s success with more than 350 staff, a $30 million budget and $27 million in the capital. He also innovated a prototype “smart cabinet” that catalyzed core business growth. His efforts increased energy efficiency by 30 percent, leveraged big data to deliver advanced analytics, and drove growth that led to a $10 million reduction in churn. In addition, he optimized the IT architecture to enhance the company’s core competencies that lead to an $8 million to $10 million reduction in application support cost. Prior to that, he served as VP Global Infrastructure and Operations for TE Connectivity from 2012 to 2014, where he reduced labor costs by $4.1 million across the service- focused organization. Previously, he served as VP Global IT Services for Estée Lauder (NYSE: EL) from 2007 to 2012, at which time he transformed the Shared Services organization into a globally focused group, prepared the enterprise for global SAP deployment and established ELC’s premiere Global Innovation Lab. As Senior Director, Strategy and Integration and Global Operations, for Bowne & Co., a position he held from 2004 to 2007, he directed the M&A strategy of the digital business unit and managed global operations. As VP and CIO of Owens-Illinois, where he served from 2002 to 2004 and from 1998 to 2000, he directed the IS strategy and transformed the IT organization from a “customer service disaster” into a “customer service engine.” As Partner at Deloitte & Touche from 2002 to 2004, he led the Mid-America/Gulf Coast Integration, Development and Infrastructure, and Oracle practices, while managing the U.S. Knowledge Communities for Enterprise Application Integration and Enterprise Architecture. Prior to that, he served as a partner at BDO Seidman and in management roles at Grant Thornton, Andersen Consulting and J.I. Case. Earl served as a captain in the U.S. Army from 1984 to 1989. He is active in several leadership organizations, including Knowmail’s Board of Advisors, the Executive Leadership Council, the Information Technology Senior Management Forum and the West Point mentor program. He also serves on the boards of directors of First Independence Corporation and First Independence Bank, Detroit. He holds a bachelor’s degree in Computer Science from the United States Military Academy in West Point, New York. 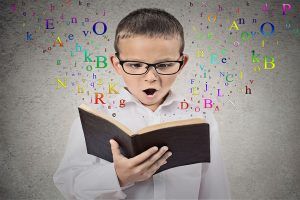 Centennials, the first truly digital-native generation, has started entering the workforce. This generation is characterized as sharp, argumentative, with... 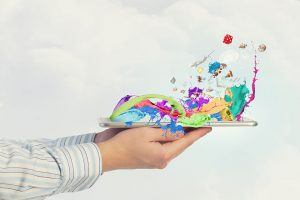 To embed Digital in the DNA of your business, you need a technology platform. How do you select new technology solutions and leverage what you have? How do you...