Allison Sagraves is the Chief Data Officer for M & T Bank, a new role she assumed in 2015. Allison’s role is to ensure that as one of the most valuable assets, data is actively managed on an enterprise level for its value to be realized to reduce risk, improve quality and efficiency, and drive insight through new sources of value.

Allison joined M&T Bank after graduating from Harvard Business School in 1991. During her tenure at M&T Bank, Allison has held leadership roles in many functions – operations management, technology, finance, marketing, and risk. Allison established the Bank’s international outsourcing operations. Prior to obtaining her MBA, Allison worked for American Express, Deloitte, Federal Reserve, and International Paper where she worked in consulting, operations and process improvement, and finance, and mergers and acquisitions.

Allison is also a graduate of Smith College, where she was an honors graduate in economics and government. She was a White House Intern, and during her tenure was promoted to be the Assistant Staff Secretary to the President and at age 19 became the youngest member of the White House Staff.

Allison wrote a popular blog “Parent Company” about work-life balance. She has been a featured speaker at numerous conferences on such topics as women’s leadership, globalization, and change management. Her talk on “Gravitas: The Leader’s Edge,” was named by Ellevate Network as Best of 2014 for a women’s professional development seminar. In addition, Allison has taught more than 200 emerging leaders in Western New York as a teacher in the Harvard Business School Club of Western New York’s Management Development Program.

Allison is involved in several boards. She is the Vice President and Chair of Governance for the Park School of Buffalo; Secretary of the Western New York Harvard Club; and Trustee of CEPA Gallery. Allison is the mother to three young adults, all of whom are native Buffalonians and avid Bills and Sabres fans.

State of the Chief Data Officer

There’s no doubt that the exponential growth of data has brought along a huge opportunity for business. The Chief Data Officer (CDO), who is at the helm... 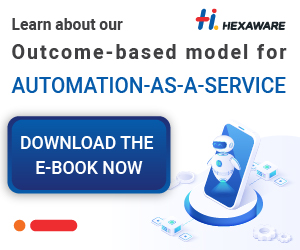