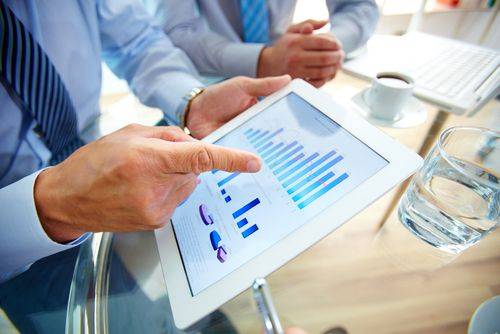 On this week’s show, “Arkansas’ Easier Path to Financial Aid,” we focused on a Government Mobility Case Study in an effort to try something new. We’re always sharing problems and solutions that face business and IT strategists, but we wanted to delve into one specific area and highlight how one project came out on top. In fact, Arkansas CIO Claire Bailey’s success story in how she implemented the YOUniversal app and made mobility a priority in her state’s government was too good to pass up.

But we focused on it with the intent of not just proving that mobility is smart for government, but that there are a lot of government agencies that know the importance of mobility but have not had Bailey’s success. Bailey and her colleague in the Department of Higher Education, Shane Broadway, had as much to say about their successes as they did the problems they had to deal with along the way that might’ve held another CIO back.

It was the genesis of our upcoming Thought Leadership topic, “Mobility Enabled Government Transformation.” In it, we aim to ask, why are some government CIOs still slow to make the most of mobility? Everyone seems to get its potential value, but not everyone has realized these perks.

Here were just a few quotes that Bailey and Broadway shared that might prompt some questions down the line.

“If just one student had better access… it was well worth it. You can’t put a price tag on it.”

Above all the benefits of making government more efficient, boosting engagement and even reducing costs, Bailey and Broadway found an altruistic value to providing students easier access to financial aid. But the challenge for other agencies might be convincing business people that there’s actual value behind the wishful thinking.

Bailey said prior to developing YOUniversal, she had to convince the business side why the best way to streamline the financial aid application process should be a mobile app. But she explained that you’re not marketing to business people; you’re marketing to your users. In this case, that was teenagers who do all their communicating in the palm of their hand.

An app made sense to them, not to a CEO. If you’re a government organization or a business considering a solution in mobility, talk about who your end users are, and make the case in their terms.

“We had to bring in extra help go out and notify everyone.”

When YOUniversal launched, Broadway claims that applications for financial aid jumped from 8,000 students applying through pen and paper to 30,000 students in a matter of months. Bailey added to that by saying that over the course of a year, growth in online applications went up 400 percent.

Bailey anticipated demand would be high, but not to the extent that it turned out to be. The Department of Higher Education was even forced to turn to volunteers to help process all the submissions, and the infrastructure had to be expanded to handle the explosive growth.

The fear that you might not have the infrastructure preparedness to handle such demand could be a deterrent to many, but Bailey stresses that you can’t lose sight of capacity. Recognize who you are serving and make sure the infrastructure is equipped to meet their needs.

“How do we make sure the platform we use works ubiquitously?”

Here’s a question that didn’t occur to Bailey at first glance: if you’re coding a website, or if you’re designing an app, how do you decide which device you design for? Droid? iPhone? Samsung? Other? Does your website need to have responsive design such that it can be accessed on any device, phone, tablet or desktop?

For those looking into mobility, the key is establishing standards. How can we have a shared resource area? The people behind YOUniversal wanted a platform that had a common look and feel that was seamless to the user. Because it was designed to redirect them to the application procedure that was relevant for them, it was necessary that the end user didn’t have to figure out where to go but that the app would just take them there.

The private sector may not have the need to reach out as broadly to the public as government, but you need to think about what you’re asking of the end user and what sort of demand they will bring to the table.

“Be ready to find that dream team… and create an environment that frees them.”

Bailey realized that above all, having a team that is willing to think outside the box, is open to new things and is willing to work together is the one that will innovate and make a difference.

She stressed that building the YOUniversal app took time and patience. She had to give the IT experts as much time as they required to get the job done the right way. Creating that environment that frees them to be innovative can be difficult, but it’s the way that they allowed mobility to work for them.

Arkansas’ Easier Path to Financial Aid: A Mobility Case Study
IT’s Role in the Mobile Business Environment and How We Must Redefine Our Place in It 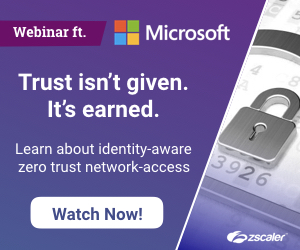